It must be the fact that I was practically born and raised eating Mexican food being from California, but even with all the awesome Korean BBQ literally a stones throw away from our apartment. There comes a time that I simply have to travel to get some tacos, or a burrito. Taco Bell only goes so far, even in Korea.

A new Korean taco shop just opened up an outlet on post. As a rule I do not blog or share photo’s taken on base (Unless they are inside an MWR facility, and I have received permission), even then I tend not to post those photo’s. On the back of one of the menu’s I noticed that Gusto Taco had another store located in Hongdae (infamous for being a very rowdy area closed to Hongik University.) I also found out that a band that I really enjoyed catching at the Yeuido Cherry Blossom Festival was playing that weekend prompted me to plan a visit to the Hongdae store then head on over to “The PlayGround” to shoot video of the band. 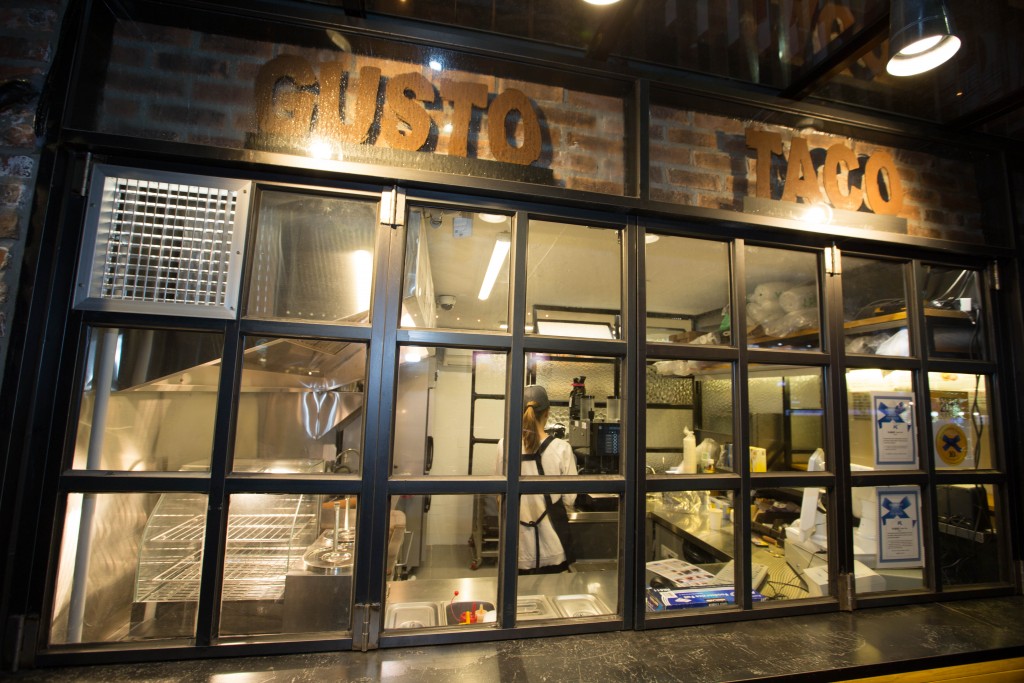 Being that there is usually some kind of disagreement and drama between Mi Jung and I over directions and how to get somewhere, I thoroughly researched the address, and directions on the internet. I was a bit surprised to find 2 addresses, One near Hongdae station, and one at Sangu station. It is not uncommon for a restaurant to need bigger accommodations or downsize so I printed out both addresses and charted our plan of action. We were going to take Line 6, then transfer to Line 2 and get off at Hongdae station.

To make a long story short, we ended up in a taxi that even with the “aid” of his GPS unit, was taking us around in circles. We ended up getting out and walking. I was able to enter the address on my iPhone, and use Apple’s Maps app to take us right there. BTW, the Google maps app was bloody useless, and impossible to use.

However, we did end up finding Gusto Taco’s, and am glad we did, the owner was extremely friendly and gave us some very good recommendations since it was the first time to the restaurant. We settled on the Nacho’s, and both Mi Jung and I ordered the recommended Pork Taco’s.

The menu at Gusto Tacos

I have to say, that these Nacho’s so far have been the best tasting that I have had in Korea. It had just the nacho cheese, sauce, and jalapeno’s had just the right amount of kick, without being too spicy. 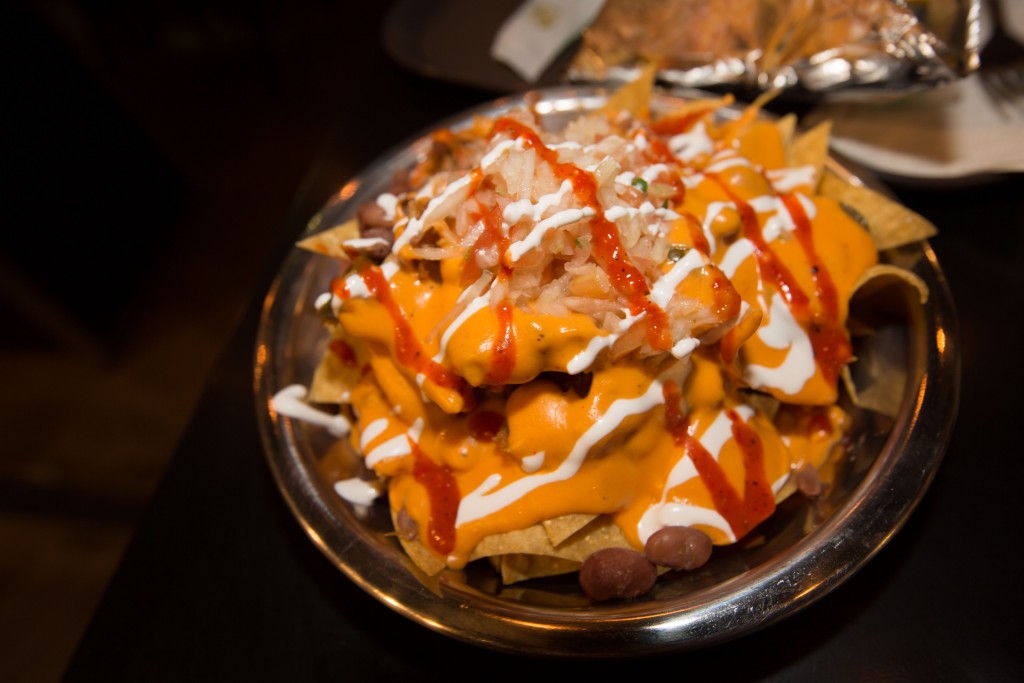 The Chipotle Pork Taco’s as advertised were delicious!!! Here is Mi Jung biting into one.

We were still hungry after our first round, so we ordered some more nachos, and I decided to compare the beef tacos. Which I thought were OK, but unless you really prefer beef tacos for some reason I would recommend going with the beef. 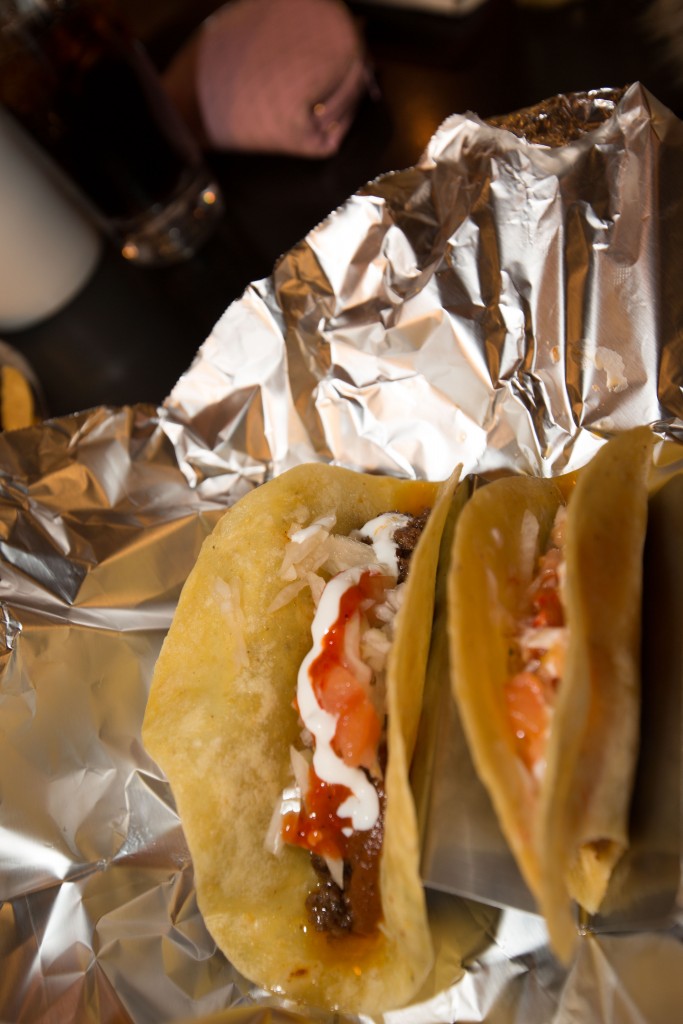 Being the third Mexican restaurant I have reviewed so far. See my other blogs on the subject of Mexican Food in the Land Of The Morning Calm here:

Out of the three restaurants, this is my favorite, due to the level of contact with the staff, and the openness comfort of the restaurant. The food was extremely good, and will definitely not disappoint!

Cleanliness *****
Atmosphere *****
Food Portions **** This is a hard category for any Mexican restaurant in Korea I could have honestly been very happy with 2 more Chipotle Pork Tacos. Gusto Taco is definitely on par with the portion size of other Mexican Restaurants here. The Size of the Nacho’s made up for it. Maybe it’s the fact they don’t give free Chips and Salsa in this country that throws us off.
Flavor ****1/2 Beef tacos were a little bland and needed more filling, Nacho’s and Chipotle Pork made up for it
Overall ****

Hongdae
Block and half west of Hongik University
At the Starbucks make a left, then a right at the next intersection.
342-16 Seogyo-Dong, Mapo-Gy
Phone: 02-3142-8226