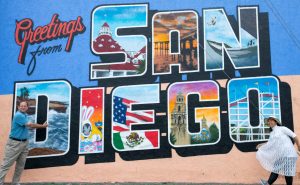 It’s great to be back writing blog articles again!  In today’s article, I write about still having jet lag but put it to good use taking long exposure photos of Mission Bay.  Mi Jung experiences swimming in the ocean, and visiting Balboa Park.  So, without further preamble (Or pre-ramble as the case may be).  Let’s dive into the blog!

Still suffering from jet lag I found myself waking up quite early most mornings, this morning was no exception so I decided to grab the camera and go get some low light photos of Mission Bay.  The beach being only a stone’s throw from our hotel room, provided this great view of the Sea World Sky Tower, taken with my EF 50mm F/1.2L at f16 with a 57 second exposure using the bulb mode. 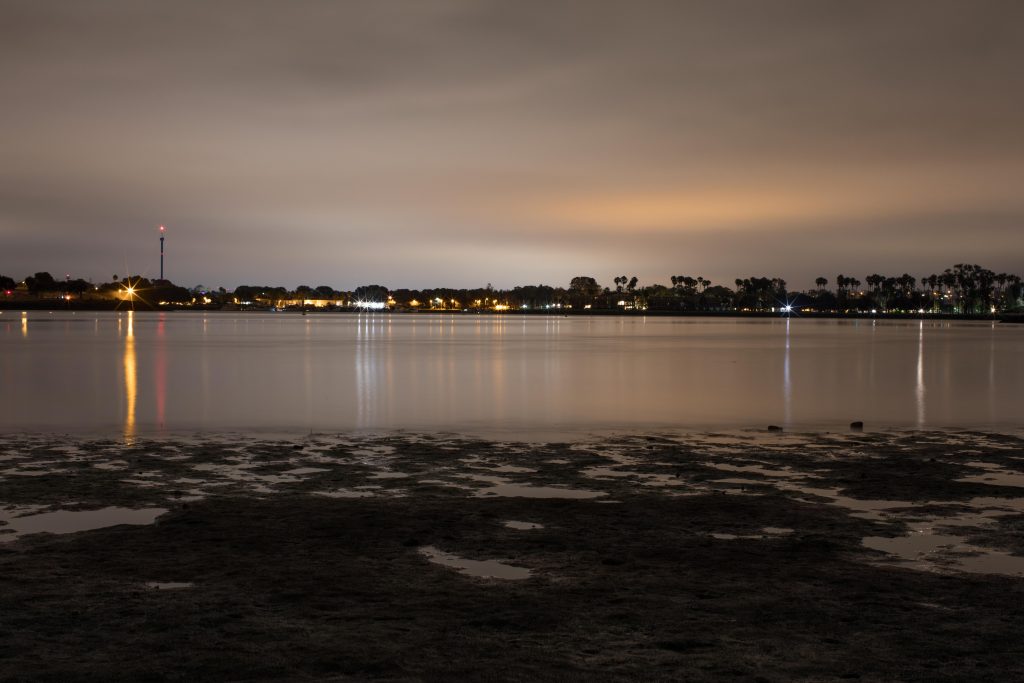 A couple of hours later Mi Jung awoke and we once again walked to Mission Beach, Mi Jung was itching to try swimming in the ocean for the first time, and we figured it was either now or never!  I thought this would be a great time to use my Tamron SP  150 – 600mm f5-6.3 Di VC USD (yes, it’s a mouth full).   I even got to play peeping tom, and captured a couple who had fallen asleep on the beach. 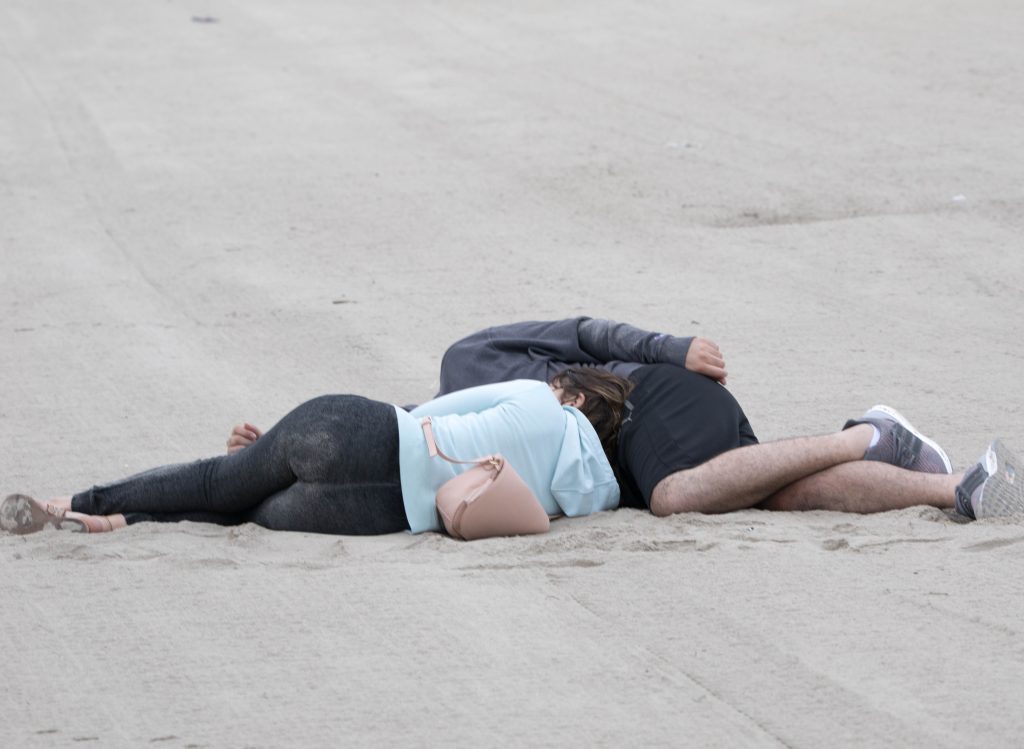 The first thing Mi Jung discovered was that swimming in the ocean was a lot colder than swimming in a pool!

You also have to deal with these pesky things called waves.  I have to give her credit though, a year and half ago she was petrified of the water, so the fact that she went in the ocean at all is amazing!

I got super lucky and the San Diego Life Guards were conducting training this morning!  I got a front row seat to the action. 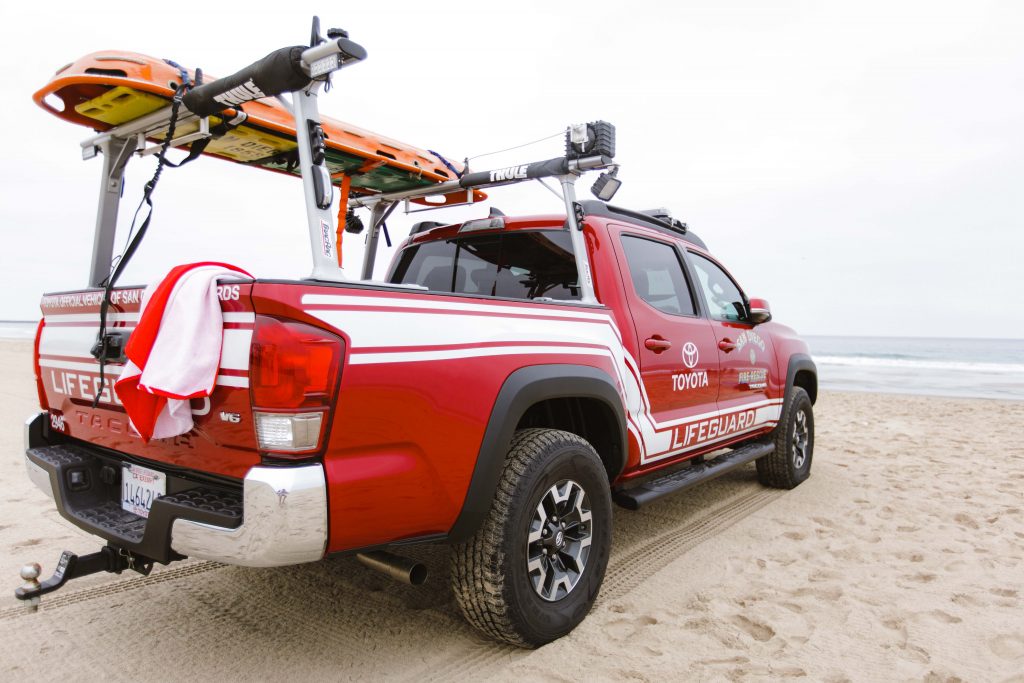 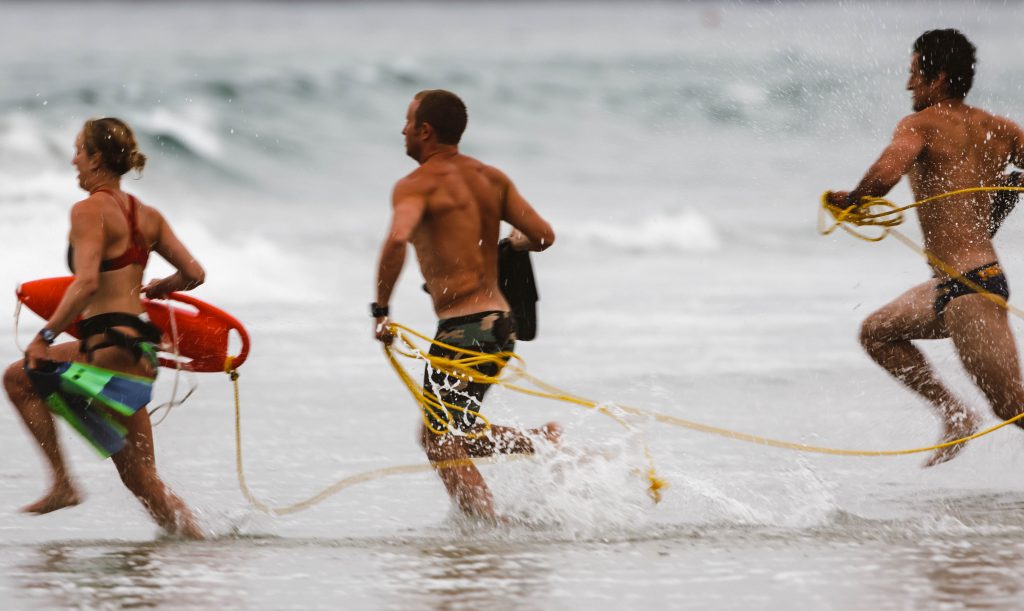 The trainees would swim out with the rescue float. Then 2 team members who remained on the beach would pull the would be rescued person back to shore. 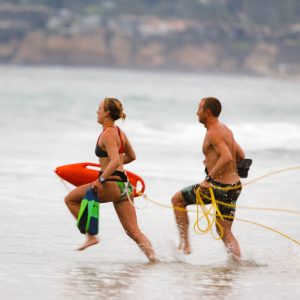 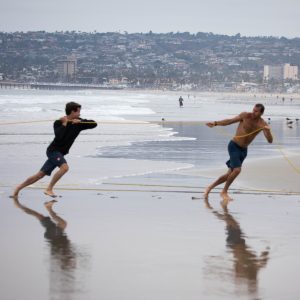 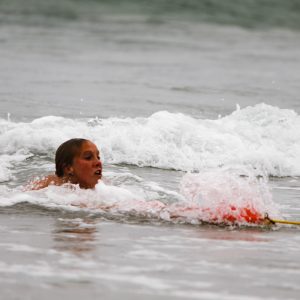 After the beach it was time to go show Mi Jung some more of San Diego’s rich culture, so we hopped in the car and headed down to Balboa Park!  Our first stop was the historic Carrousel, and miniature rail road.

The train takes you on a 3 minute ride around Balboa park on antique model G16 train. 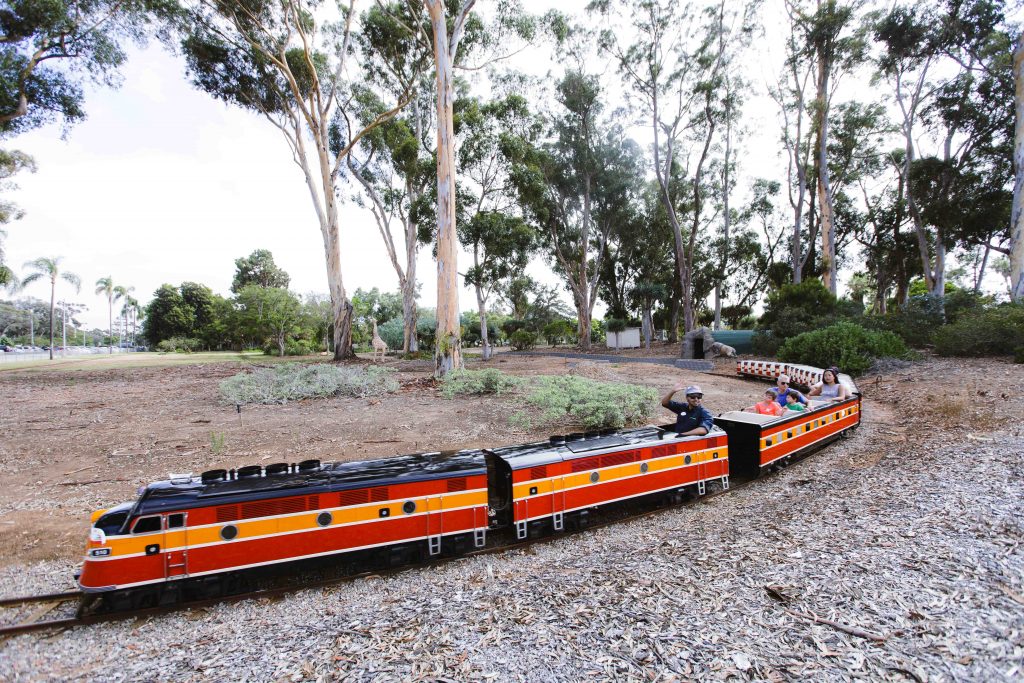 Here I am, going for a train ride! 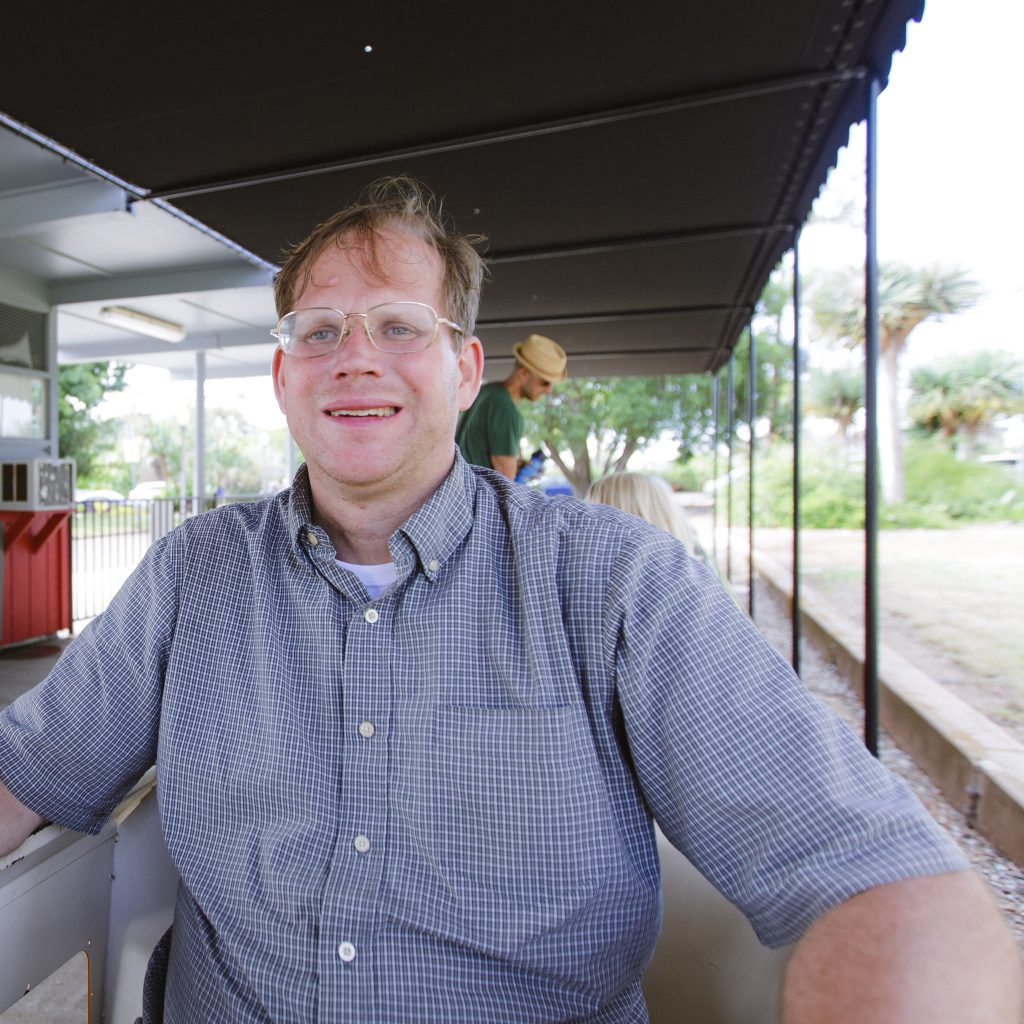 Keep a sharp eye out for animals and the signs depicting real San Diego County cities! 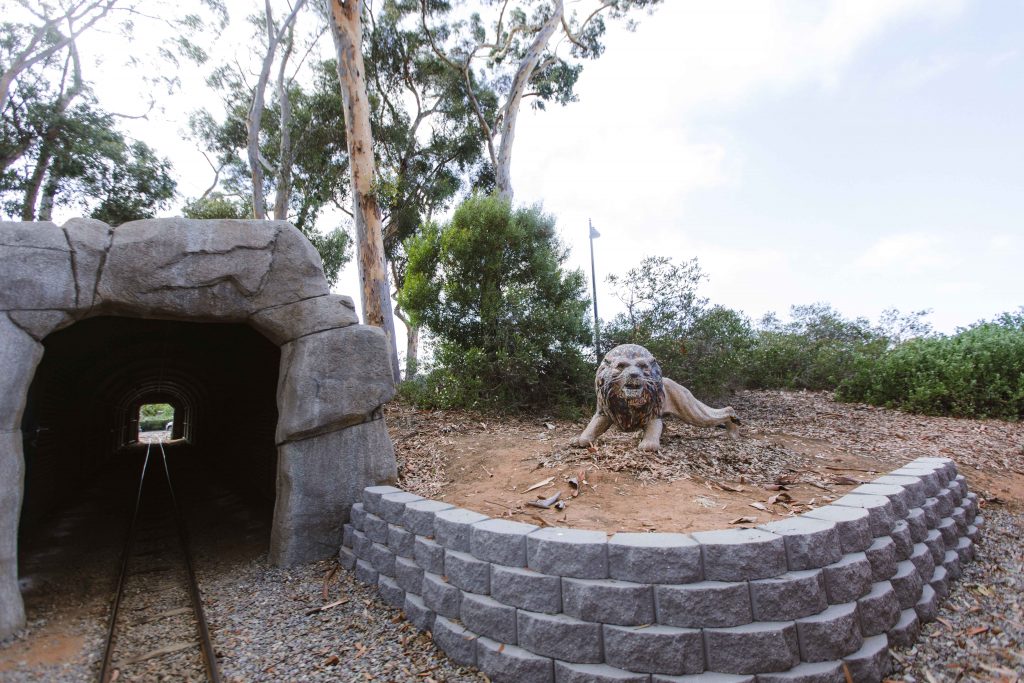 After the train it was time to take Mi Jung on the historic San Diego Carrousel, which was built in 1910 by Herschell-Spillman, was made in New York and shipped to Los Angeles.  It originally opened in Coronado and moved to Balboa Park in 1922.  It features a player calliope using original pheumatic rolls, moving and stationary animals.  Per the Balboa Park website it features 1 Camel, 2 Cats, 1 Deer, 2 Dogs, 1 Dragon, 2 Frogs, 2 Giraffes, 1 Goat, 1 Lion, 2 Mules, 2 Ostriches, 2 Pigs, 2 Roosters, 1 Stork, 1 Tiger, 2 Zebras, and 3 chariots. 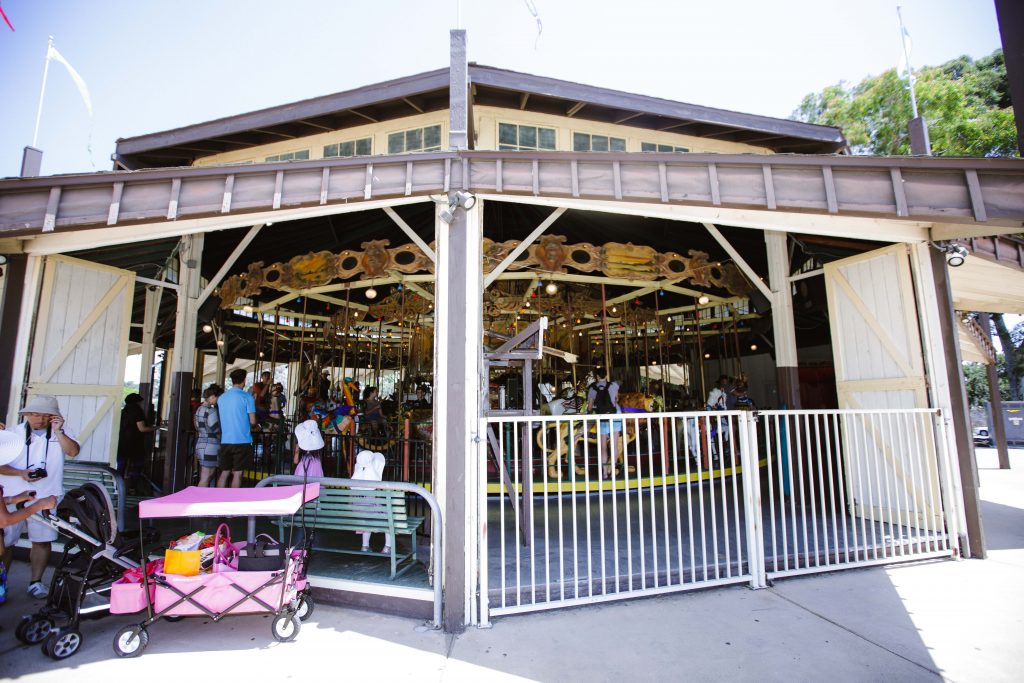 I got in trouble for this picture of Mi Jung, as I was not supposed to move around while the ride was moving.  Sometimes you just have to take the shot!

Here we are trying some off ride photos, I think if I learned one thing heret, it’s that I really need to learn how to use my flash!  Most of the photo’s came out blurred because the flash forces the max shutter speed at 1/200th of a second, which was just too slow.  Until I learn how to freeze motion with the flash I should have just bumped the ISO up.  It is really disappointing looking at some of the pictures I could have taken.  I will have to do an entire blog on “The photo’s that could have been.”. 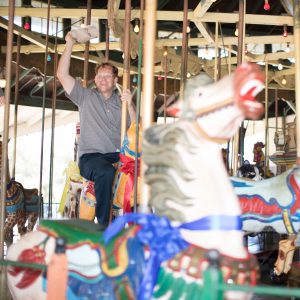 After the carousel, it was time to explore some of Balboa Parks famous museums, but as this blog has already reached almost 2 pages of text, I will stop here and dedicate part 2 to just the museums.  Be sure to come back to read part 2, and our next San Diego restaurant review, Country Waffles!

It is best to park in the San Diego Zoo parking lot, as the train and carousel are located right next door to the San Diego Zoo, and the parking is free! Walk towards the zoo entrance and walk to your left.