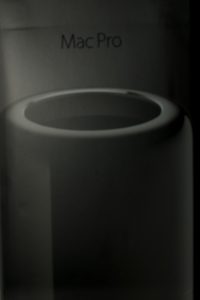 If you read the Op-Ed piece I wrote back in November of 2016, after deciding not to repair my late 2008 model Mac Pro and switch to a Windows 7 desktop “Is The Mac The Amiga Of Today – Part II”  You might have thought I had left the Apple ecosystem for good.

The reasons that I had decided to try a PC.

I “upgraded” to a Dell Optiplex 9020 running Windows 7 Ultimate, and even tried a couple of tablets, the Dell Venue running Windows 8.1, and the Microsoft Surface Pro 3 running Windows 10.  I had issues with both products.  I will not get into why Windows 8 sucked, as this still born Microsoft product has been beaten to death over the years.

The Dell Venue was just a terrible cheaply made product!  The hardware never worked properly, and the power adapter would only actually charge the tablets when the planets were properly aligned.  The Surface Pro 3 did fare better, though I also thad problems with the adaptor and had to replace it. Updating Windows 10 also caused the built in web cam to stop working twice!  Requiring complete reinstalls of the OS.  It does not say great things about your products, if your drivers do not work with your own hardware.

Now I had planned on eventually upgrading  to Windows 10, but kept putting it off due to security concerns, I really did not relish the thought of Microsoft collecting usage data, including keystroke logging being collected. Apple collects telemetry and error log reporting as well, but at least I can opt out!  So I decided to give OS X Sierra a “fair” shot for a couple of months, and then possibly choose to go back to the Mac.

Actually I lie!,  the comparison would not really be fair, as the Mac I was going to base my decision on, was the Mac Mini!  While the processor and RAM specs were similar, the Optiplex had the benefit of a discrete video card, which allowed Lightroom to take advantage of hardware acceleration.  Even with these performance caveats stacked against the Mini I was really impressed with how the Mini performed for my blog work, and other daily tasks.

Except for a slight lag loading photo’s in Lightroom, the system was very usable and for the majority of people out there the system would be more than adequate for day to day use.  Certainly within the realm of intended purpose of the Mac Mini.

The other issues I had with OS X Sierra I discovered work arounds after abit of research.  Issues such as being able to minimize of maximize windows (without toggling full screen) by double clicking on the windows title, disabling gatekeeper, and other little odds and ends.  I also discovered the wonders of the Homebrew repository, and was able to install BASH v4, an updated version of Nano, and my favorite top utility ‘htop’.  I was having too much fun using a Mac again!

The only problem I had with the Mac mini when working with  multiple virtual machines, the 16GB RAM limite and the slower disk performance of FW800.  Due to the fact I was running dual displays and the only Thuderbolt port was taken up by the second display, there was no room to update.  I realized what I was going to need a new Mac.  The only problem was that Apple definitely limited my choices.

After owning a Tangerine iMac back in 98 (Which at the time was a great computer), until the analog board went out after a couple of years, and the replacement boards never worked right.  I swore I would never again own an all in one computer again!  Not from any manufacture!  That left only one choice, a new Mac Pro.  I waited to see what Apple was going to do with the Mac line after the 2017 WWDC.

I am excited that it looks like they will be continuing the Mac Pro line.  It is a GREAT workstation.  I also knew I could not wait a year for the new modular Mac Pro to be delivered.  So I decided to plunk the cash down on a new Tech Bumped 2016 Trashcan Mac Pro instead.  Thinking when the new Mac Pro is released I can always sell it.

Here are the specs of my Mac Pro

It is blazing fast, where the Mac Mini took a minute and 4 second to boot, the Pro spring to life in 19 seconds!  Lightroom smokes along with virtualy no lag in loading photos and rendering slide shows is noticeably faster.  As I have mentioned in the past I do not do allot of work with video, so I will have to come up with a reason to try out Final Cut Pro!

Where the Pro really shines for me right now is when running virtual machines.  As I can now run 3 fully featured VMs with 8 GBs of RAM allocated to them and still have 8 GBs free on the host OS, so there is very little performance degradation.  So be expecting more Windows and OS X tutorials in the future!

What additions or upgrades do I have planned?

Once the dust settles, and the hole in my wallet gets alittle smaller, I do have a couple of upgrades already planned for the Pro. 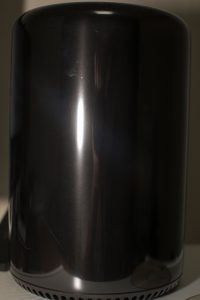 Mac Pro (From The Front) 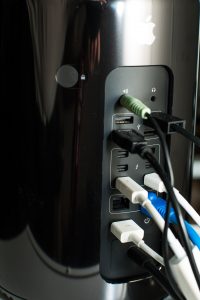 Mac Pro (From The Back)

Inside joke started on Facebook with my 2008 Mac Pro.

Is the current MacPro for everyone?  NO!  Especially since Apple has announced the new iMac Pro.  There are serious form factor issues as I have already openly stated on my blog.. However currently The Mac Pro is the most powerful offering from Apple, and it is doing what I need it to do until the new Pro desktop is released. 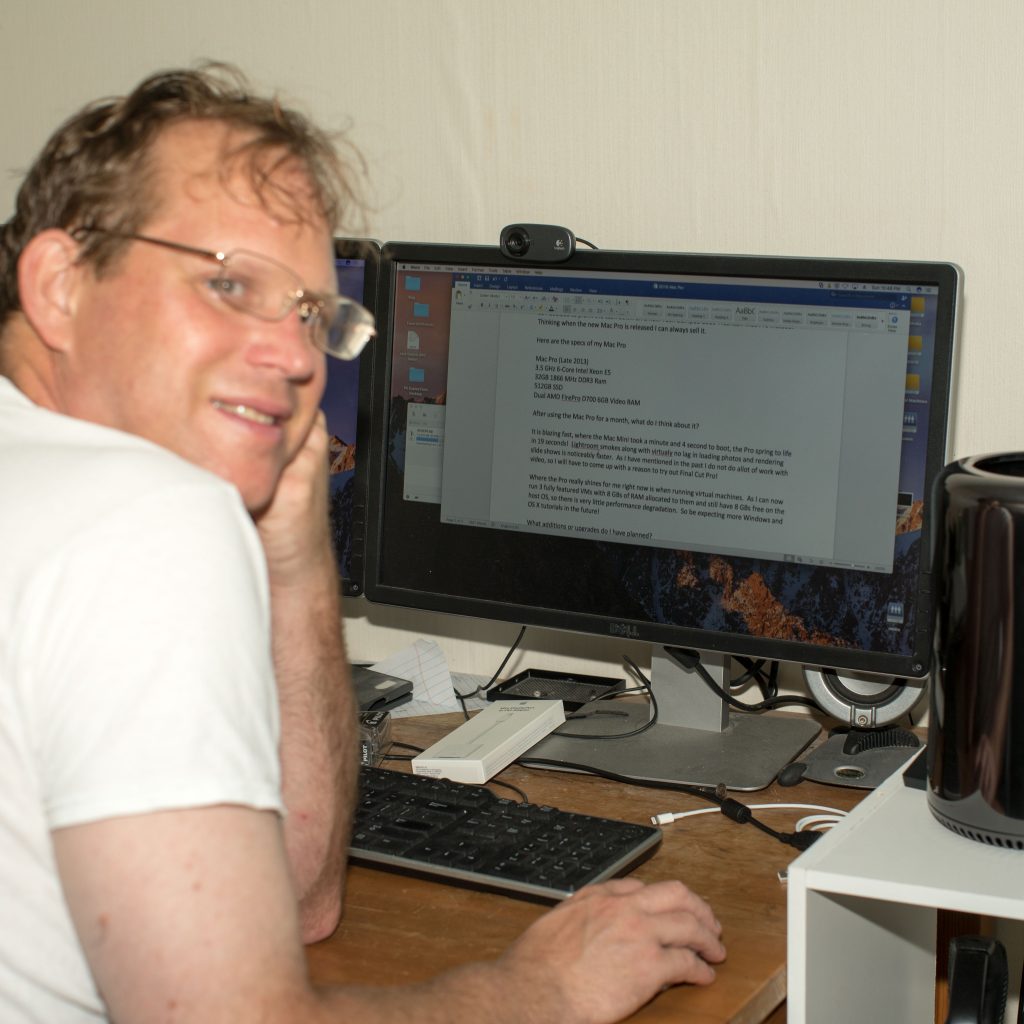 Hard at work on the blog using my new Mac Pro.

Thank you for visiting Brent’s World, and American Expat Living and Working In Korea!  I hope you enjoyed this weeks technical blog, and will continue to return for more exciting articles!  If you with to be notified by email when new content is posted, please register by clicking HERE!