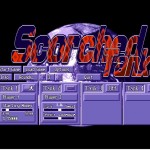 When I reviewed Pinball Dreams and Pinball Fantasies for the iPad, I reflected that one of my favorite computers, besides the Commodore 64 was the Amiga computer also made by Commodore. I was able to find a game for my new iPad Air 2 that was written by the same author of my favorite Amiga shareware games.

Scorched tanks is an artillery style game, updated with different types of weapons and shields, It was written on the Amiga by Mike Welch and based on an MS-DOS platform game called Scorched Earth, and programed in the AMOS language. 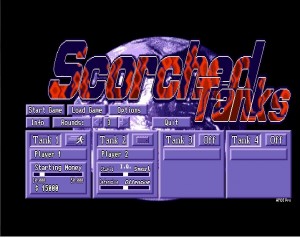 The game features 70 different weapons and 13 types of shields 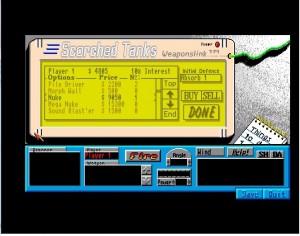 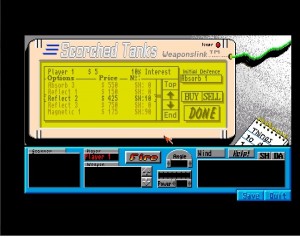 Many hours was spend playing against the computer and friends. 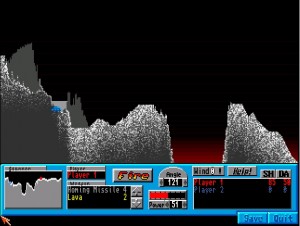 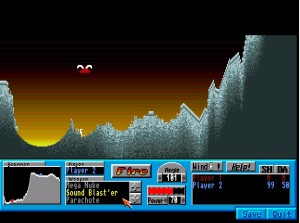 I have known about pocket tanks for some time, since there is both an OS X Version and a PC version. The game is written by the same author and features the same type of game play, although gone are the options of purchasing mass amounts of weapons and there are no shields. Points instead of dollar amounts that be spent on more weapons and shields for the next round. 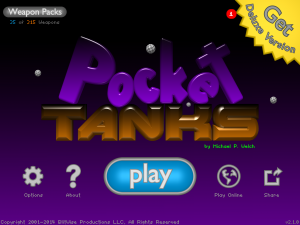 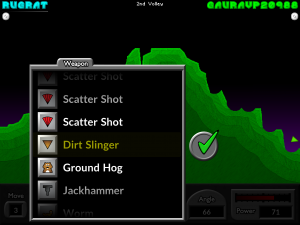 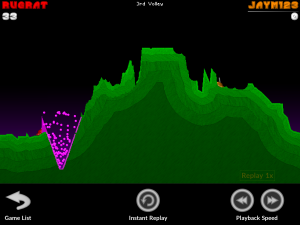 I do miss the feature of having shields from the Amiga, and the ability to use your money to stockpile a massive amount of weaponry, but one of the features of the iPad version that I wish Scorched Tanks had was the ability to play online, as shown here. 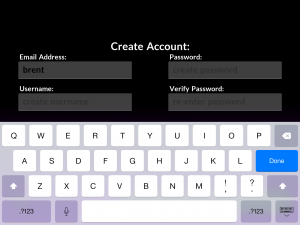 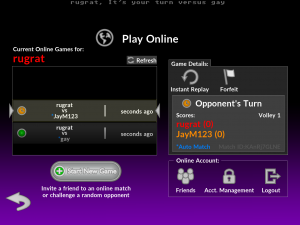 If you are looking to re-live some good Amiga nostalgia, I would highly recommend Pocket Tanks,  it will offer hours of enjoyment, especially playing online with friends or random opponents. . If you do not have an iPad, you can also download the OS X or Windows version here.   http://www.blitwise.com/ptanks.html

If you would like to play the original game, it is available for the Amiga on aminet, or you can find the .adf on other sites.  It can be played using the UAE Amiga emulator.