Even after living outside the United States for 5 years, sometimes you just get a craving for a real good American Breakfast! Besides eating on one of the US Military Bases, finding a good breakfast can be hard to find.   I had overheard one of my IT counterparts at work discussing a Pancake House in Seoul.   At first I thought IHOP (International House Of Pancakes) had opened in Korea, and could not wait to tell Mi Jung, as IHOP was one of her favorite restaurants when she visited the states with me a few years ago.   It was not until coming back from dinner at Ho Lee Chow (http://www.catracing.org/hendrb/restaurant-review-straight-outa-china-town-ho-lee-chow-itaewon/), that I noticed the sign to The Original Pancake House.   I pointed it out to Mi Jung and it because my next must try restaurant in Seoul!

The Original Pancake Housed has over 100 locations in the USA, but opened their first overseas location in Sinsa-dong, Seoul in May of 2013.  The location in Itaewon opened just 4 months ago!

We made arrangements to meet our good friends, who newly because residents of Seoul, after living overseas in Perth Australia for 6 years.  Mi Jung and I arrived at about 8:45am and had no trouble getting a table for 5. 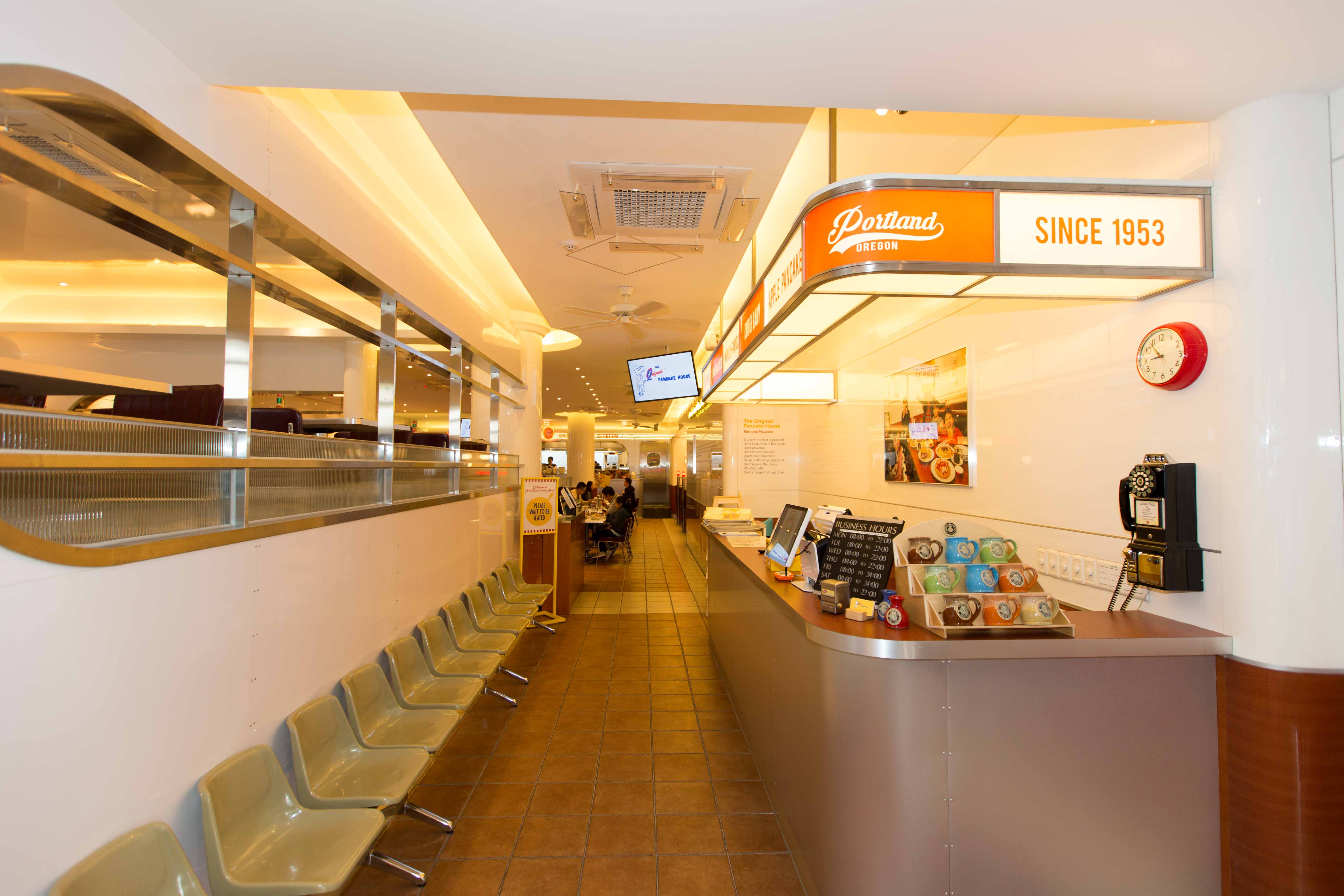 I was really surprised to find the large variety of food on the menu, and promptly decided on the Jalapeno, Cheddar, and Bacon Hash that came with 3 buttermilk pancakes.  Mi Jung ordered a Jalapeno omelet that also came with buttermilk pancakes, which she had substituted with blueberry pancakes. 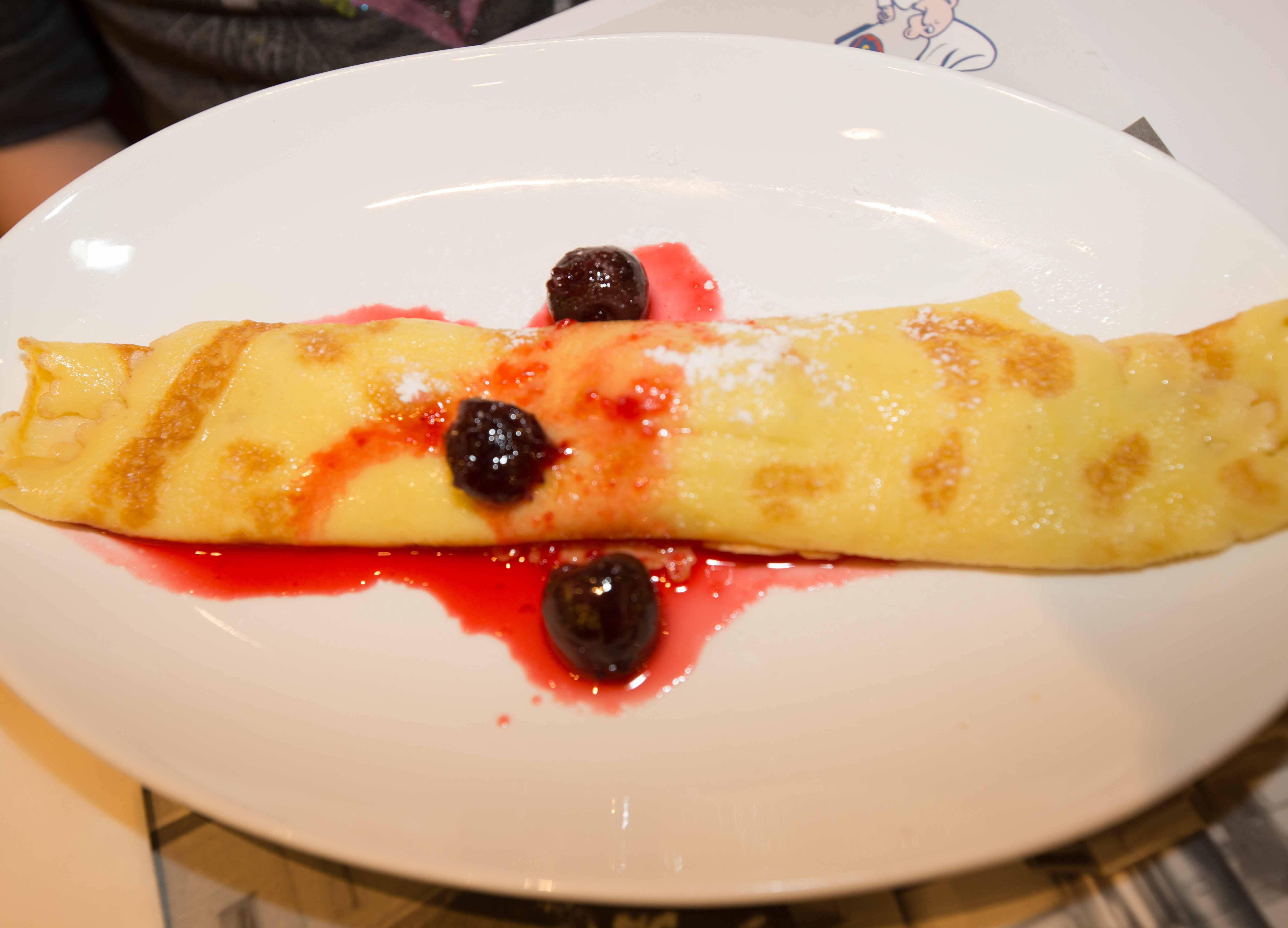 I am not usually a hash person, in fact usually just the name hash attached to an item will make me stay away.  However, the Jalapeno, Cheddar, Bacon has was awesome!  It was more like loaded mashed potatoes with jalapenos.  The buttermilk pancakes were also excellent large and light, with a great buttermilk flavor!  I was also very happy with the sausage.  One of my pet peeves when traveling and eating overseas is finding out that your breakfast sausage is imported from the UK which I think taste like bland hot dogs. These were really thick down home American pork sausages.

Mi Jung’s omelet was HUGE!! I do not think I have ever seen one quiet like this before.  I had to share half of it with her, and the taste was just as good as my hash.  Mi Jung said her pancakes were light and fluffy, and she had more than enough to eat. 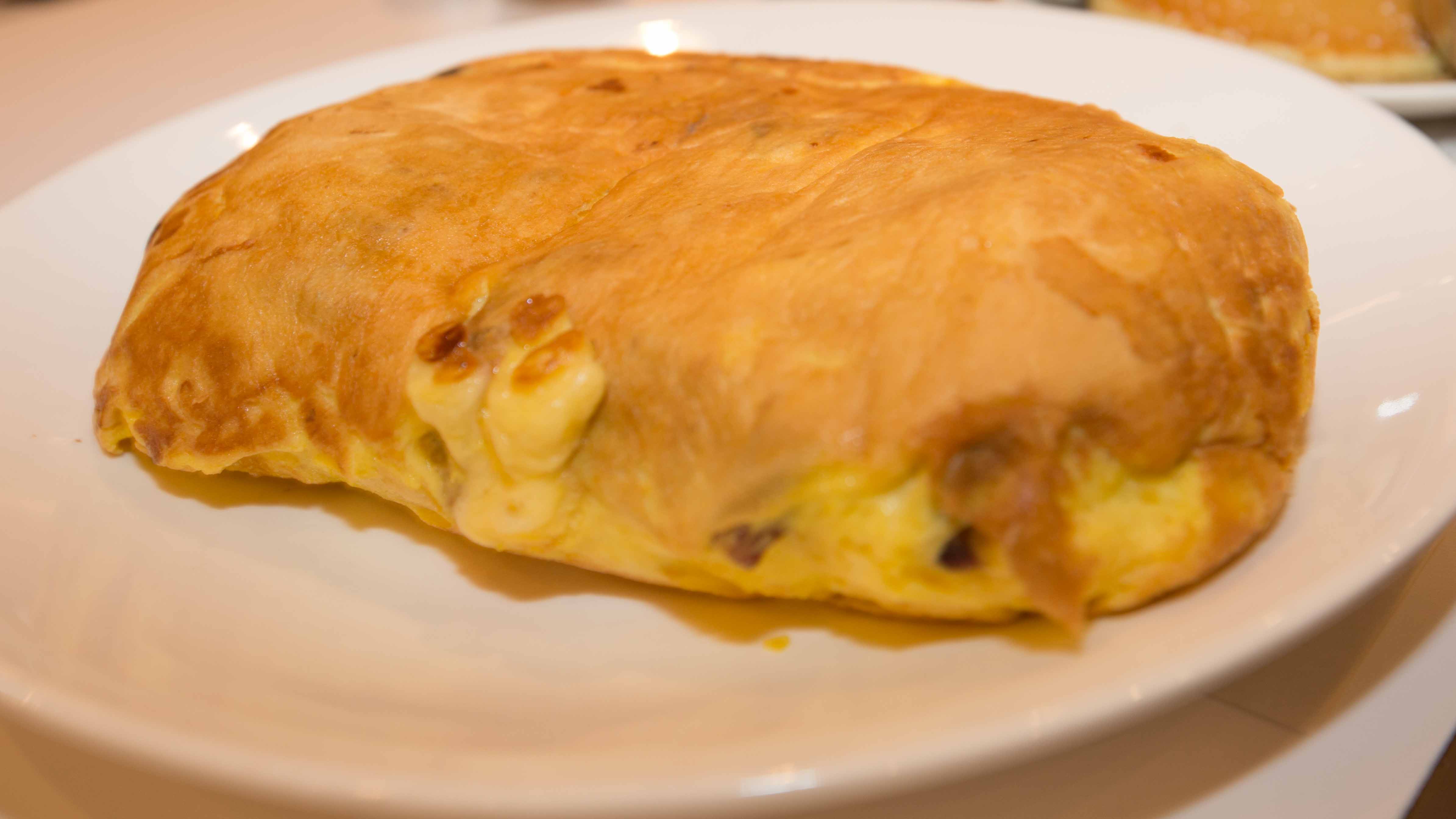 The restaurant decor was 50s diner, and the menu plentiful with great western breakfast choices, they also server lunch and dinner. Their burgers look really good, and I would really like to go back sometime for lunch or dinner and give them a try, especially the Mushroom Swiss burger.  If you are in the mood for an authentic American breakfast, then I would definitely put The Original Pancake House on your must try list.  It is easy to find about 2 blocks away from the Hamilton Hotel.  I would get there early as when we were leaving after 10am there was a line.  It is a large restaurant so that goes to show how popular they are.

How to get there –

Line 6 – Itaewon Station – Way out number 1.\
Walk a block and a half and it will be on your right.