In our last installment of There’s No Place Like Home, Mi Jung and I headed out to Balboa Park, where we rode the famous San Diego Carrousel and miniature train.  Later we took in some of the world famous museums.

Here Mi Jung is taunting a bob cat at the San Diego Natural History Museum.   The museum has many exhibits documenting the rich natural history of San Diego County. 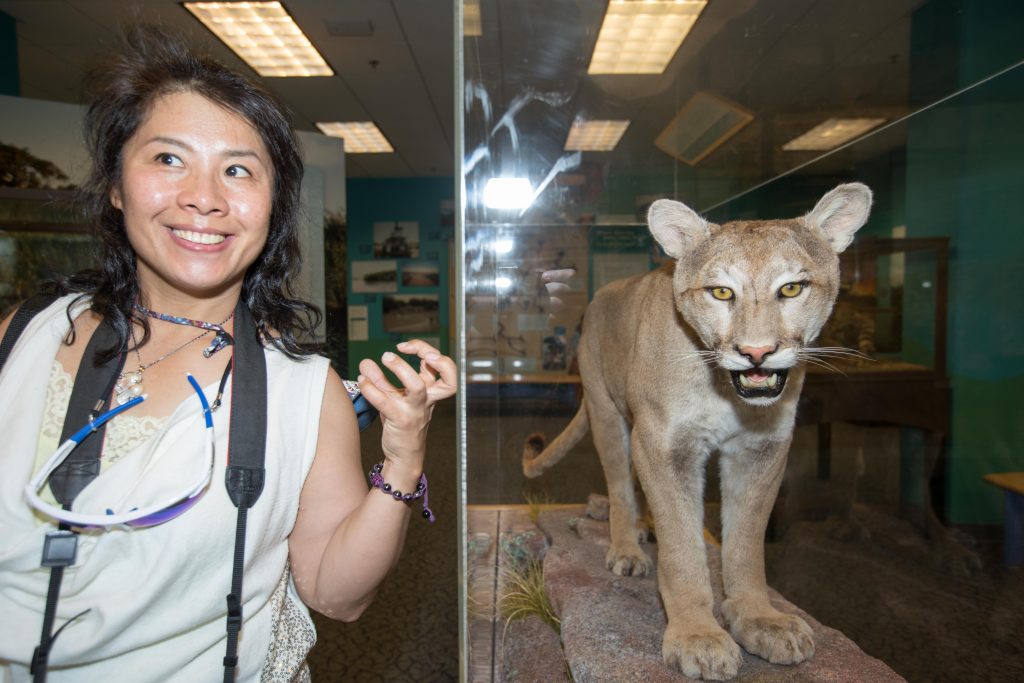 Here is the skull of a California Grey Whale. 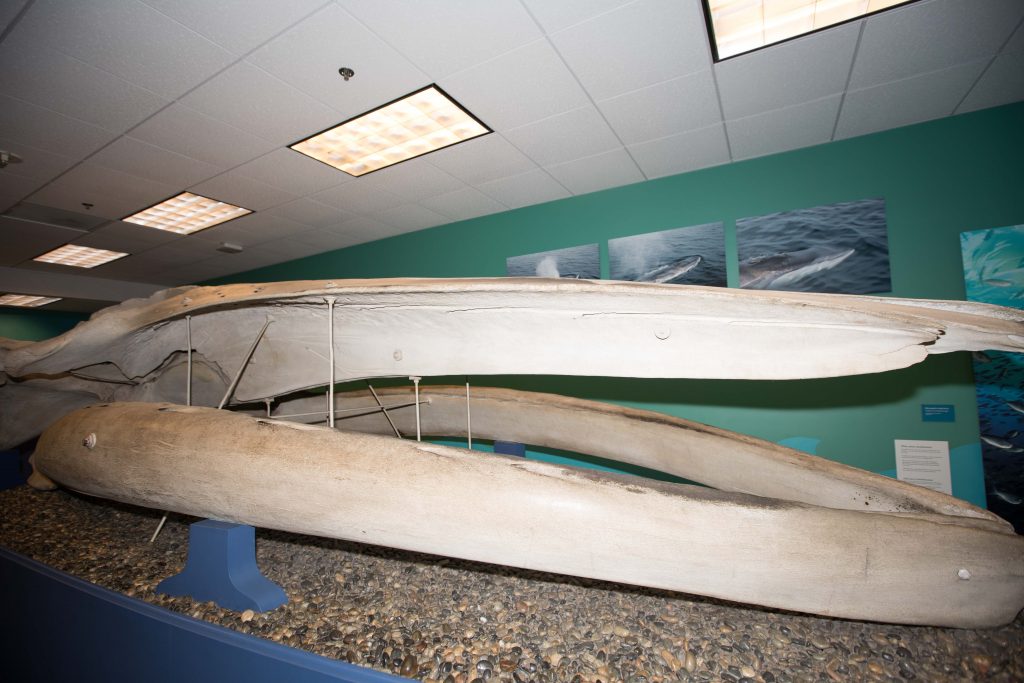 I believe this was a bit before my time! 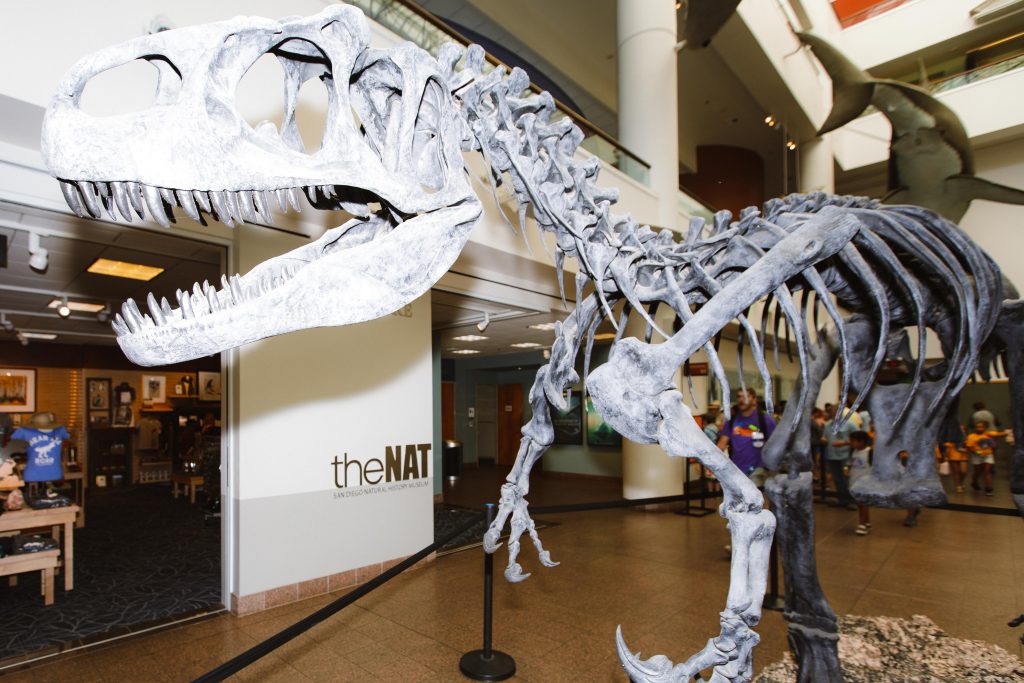 Our next stop was the museum of photographic arts, which was of particular interest to me.

Mi Jung is taking a close look at the exhibit. 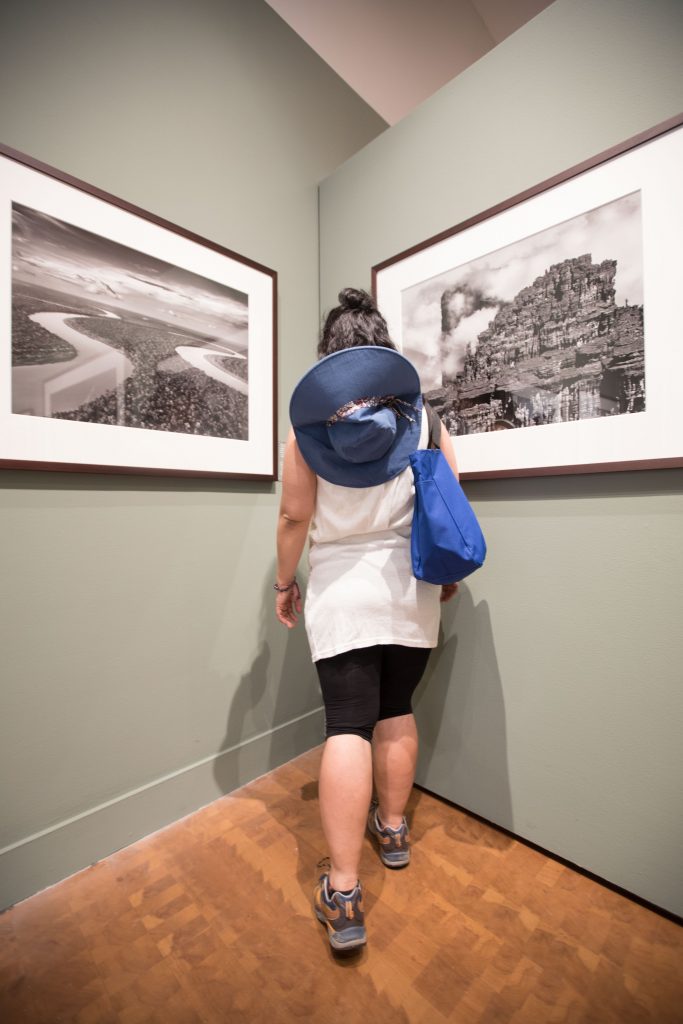 I found this fascinating, the picture shown here is made of thousands of other peoples head and shoulder portraits. 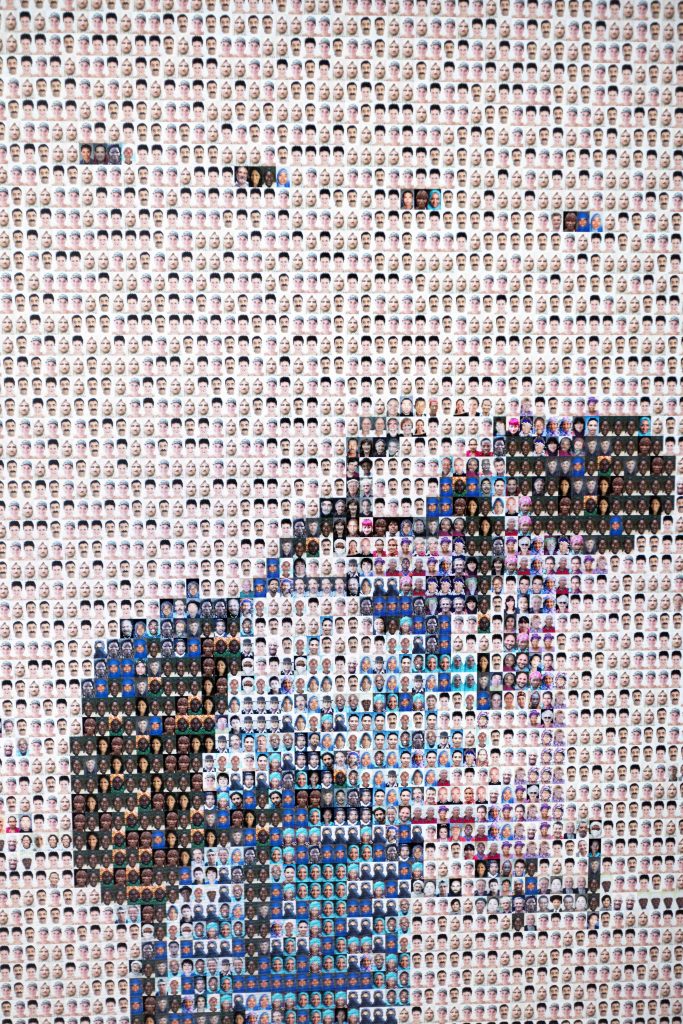 Here is a portion of the photo zoomed. 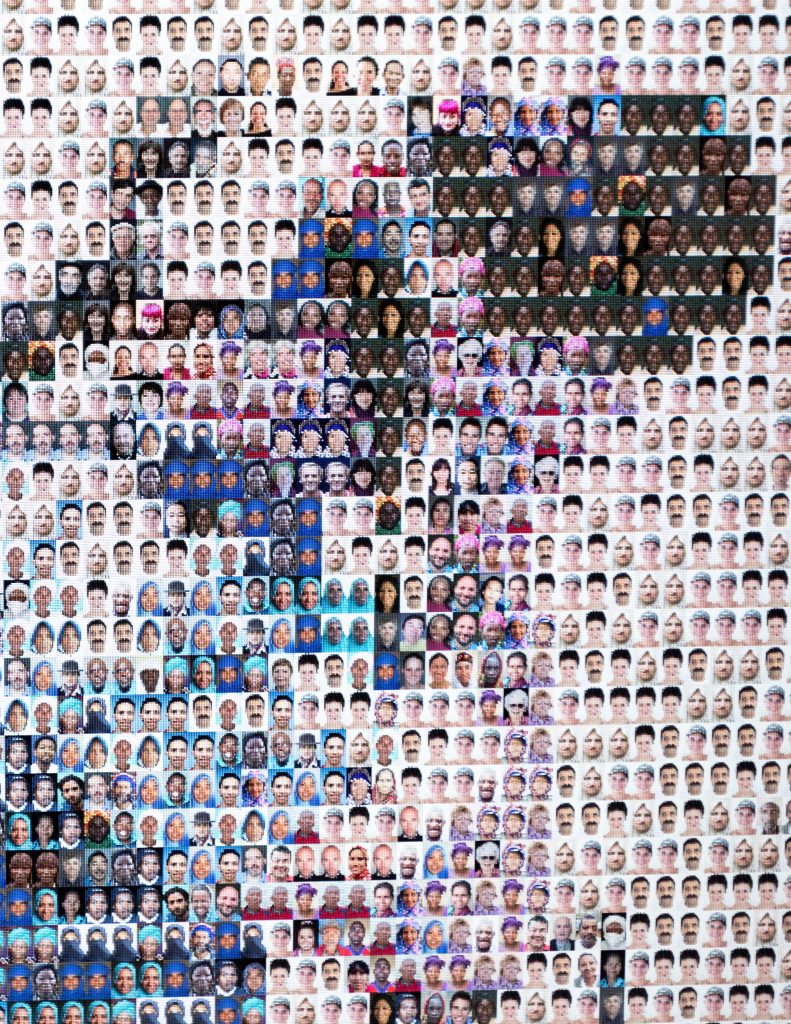 Our next stop was the Timkin Museum Of Art, and once again here is Mi Jung enjoying the exhibits using one of the audio devices available for rent which describes the museum pieces.  There is a free iOS and Android app that you can install but we did not have our smart phones with us on this trip.   The art exhibits were nice, and there was only one area in the museum where we could not take photo’s.  I would definitely put thhe Timkim Museum Of Art on your places to visit list. 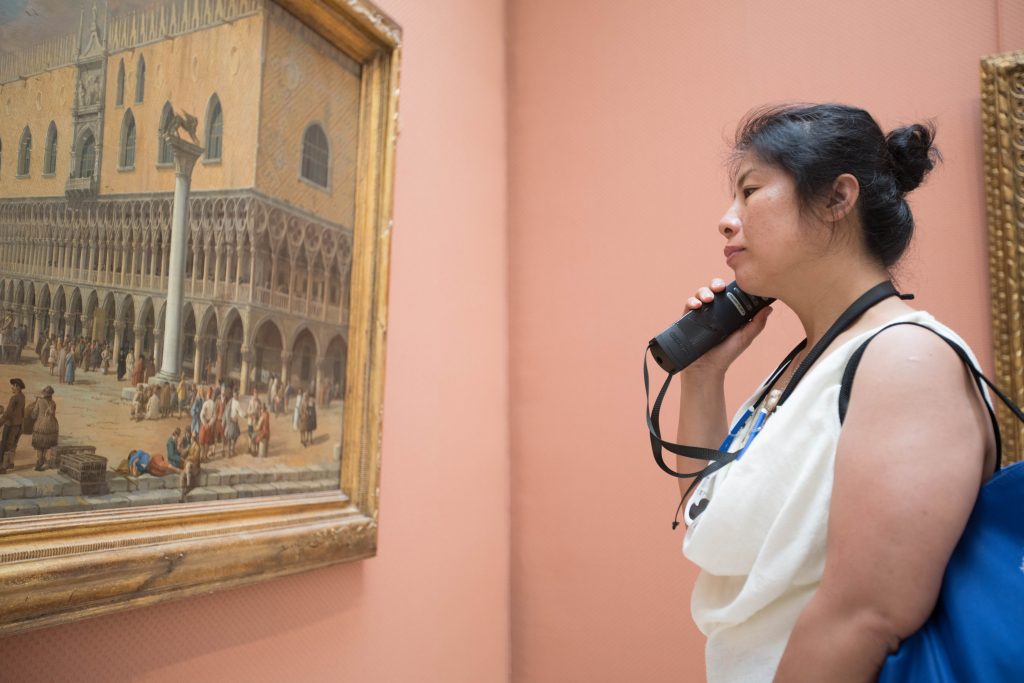 We then went to the Museum Of Man, and spent a good hour checking out their exhibits.  One of the defining characteristics of this museum is that it is built in the style of a Spanish Church. 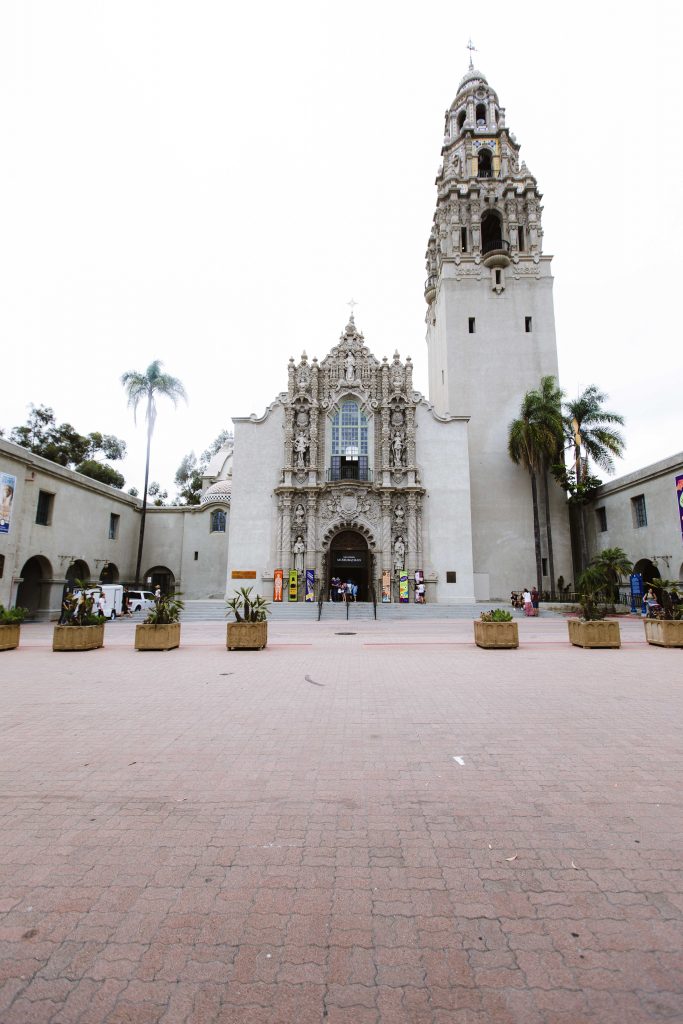 They were hosting an exhibit on cannibalism, here Mi Jung is stranded on a raft, and must draw straws to determine who will be killed to be used as food to sustain the rest of the survivors. 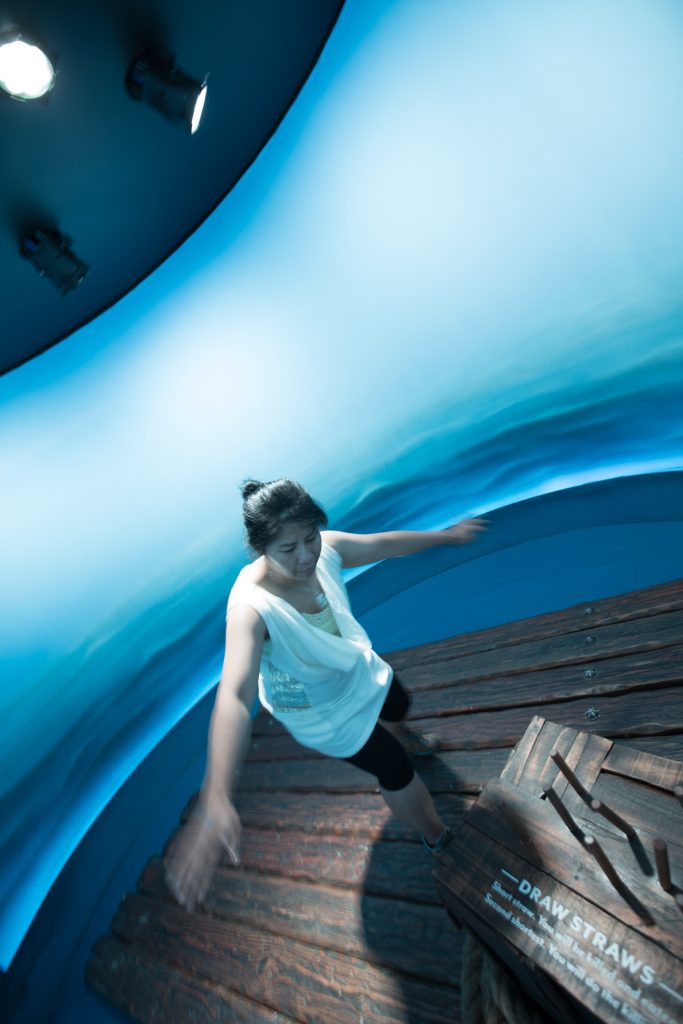 The park is also known for its street performers, This dancing mime was one of my favorites. 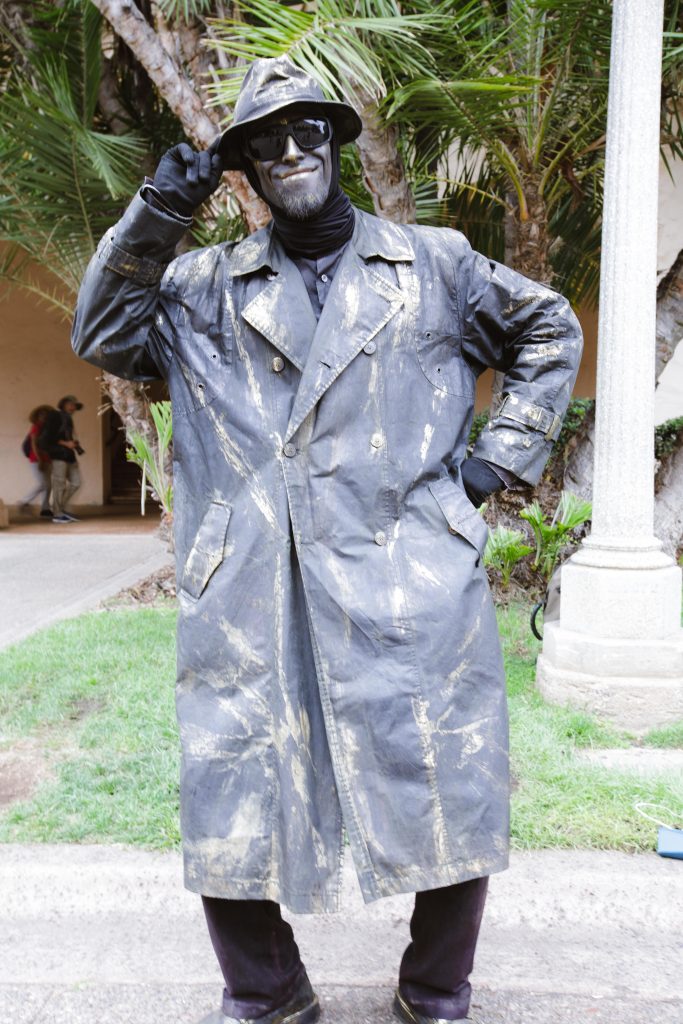 Here is a man playing the Didgeridoo.

The botanical gardens were already closed by the time got here, so we just took a breather by the large fish pond. 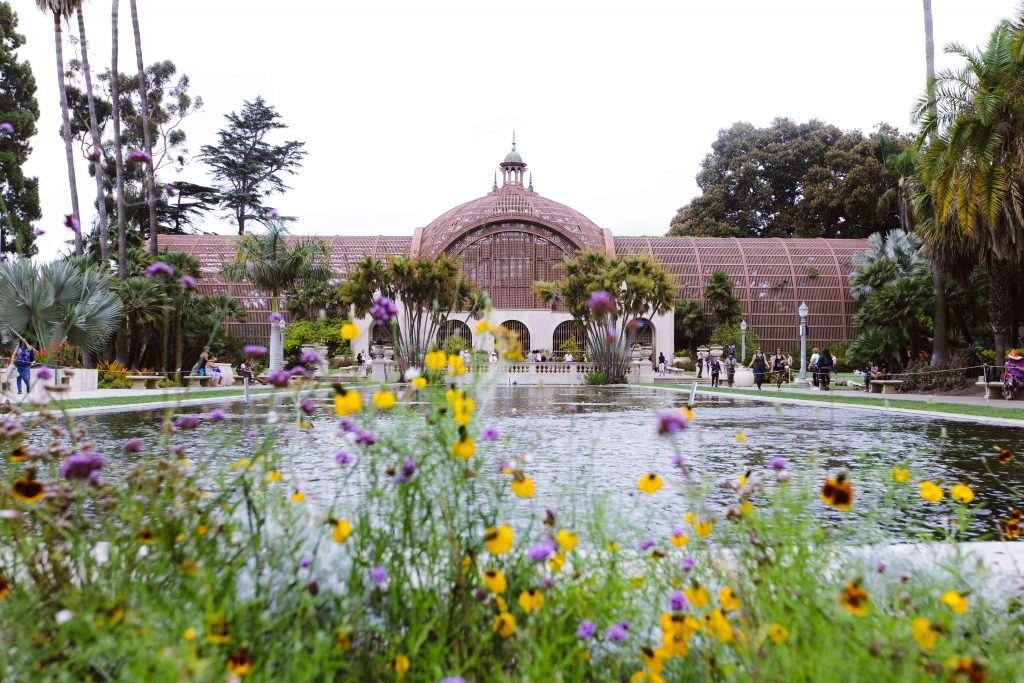 As it was getting on 5pm and the museums were closing, it was time to take a final photograph by the fountain outside the Ruben H. Fleet Science Center call it a day.  You really do need a couple of days to really enjoy the park.  Something I plan on doing my next visit.

We parked in the zoo parking lot, which is free, and entered the park by the miniature railroad and carousel.

Walk towards the zoo entrance and turn to the left.

Thank you for visiting Brent’s World!  Next week will be a special article as I have purchased our tickets for Star Wars – The Last Jedi!  I will not be reviewing the film per se, but blogging going to movies in Korea!  When was the last time you were able to buy deep fried squid at a movie theater in the states?!