↓
Home→Korea→Out And About In Korea – Yeouido Island Bike Ride 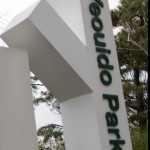 Out And About In Korea: Yeouido Island

Youido Island (여의도), is an island located on the Han River in Seoul.  It is roughly 8.4 Square kilometers (3.0 Square Miles) of land and is home to about 30,980 people.  It contains Seoul’s main business and financial district as well as being home to the Korean National Assembly.

Yeouido was used as a sheep pasture in the 16th century and after being flooded (only a small portion of land remained), it was vacated and given its present name meaning “You can have it!”, denoting useless land.  The sandbar remained undeveloped until 1924 when it became Korea’s first Airport.  After again being abandoned when Kimpo was built it again sat until the 1970s when it was developed and became Korea’s Wallstreet.

Yeouido contains five parks, the most notable are the Yeouido and the Han River Park), Mi Jung and I headed off to Yeouido park one morning for a few hours of bike riding.  We started from Samgakji Station, took line 6 and transferred to Line 5 at Gongdeok Station arriving at Yeouido Station.

Yeouido station has quite of bit of art on display, and we spent several minutes just looking around the station.  Once leaving the station there was also quite a bit of very interesting and noticeable artwork by the buildings as well.  Here is one of the more interesting, a multicolor fish out of water. 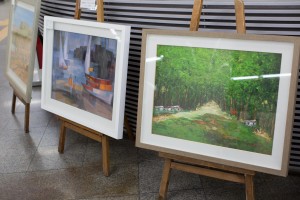 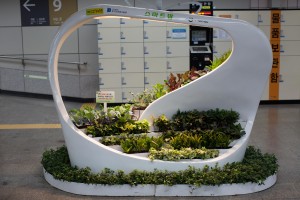 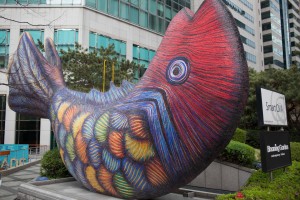 Fish Out Of Water!

There is allot of good street vendor food in Yeouido as well, everything from general merchandise, deep fried squid, Corn Dogs, and here is Mi Jung buying some Kimbhap – pronounced KIM-BOP – (Rice, vegtahbles, or meat wrapped in Sea Weed. 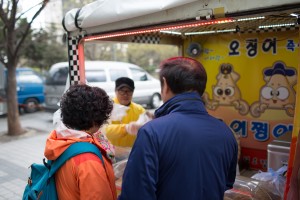 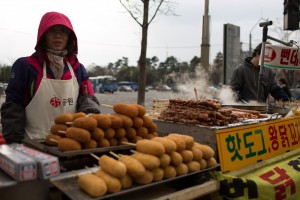 We entered Yeouido Park, and located the Bike Rental stand,  I always love reading translated signs in Korea, because there is always something just a little out of whack to make things sound a little silly, in this case it sounds like you are supposed to get your ID back as soon as they verify it.  However you do not get it back until after you return the rented bike.  Also be warned refunds apparently break after they give the receipt, and in the case of Rainy, weather, and something called either. 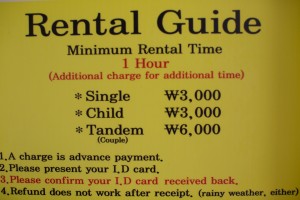 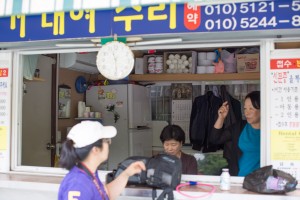 So off go on the bike trail! This is a very popular outdoor activity for couples in Korea as you can see by the tandem bicycles.  Mi Jung and I will have to try this after my foot heals, it does look like fun.  Even though I have never ridden a tandem bike. 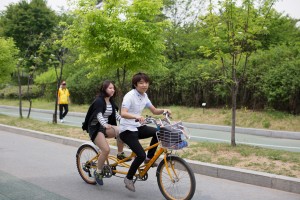 There is a really nice monument for King Sejong (Sejong the Great), who was the fourth king of the Joseon dynasty.  He is known as the father of Hangul, as he oversaw the creation of the Korean written language.  He also encouraged advancements of scientific technology, made major changes to the legal code, and made many efforts to improve prosperity of everyday Koreans.  Around the monument are statues depicting some of Sejongs achievements.  A globe, a Compass, and a law book.  I thought the book would make an awesome headstone.  My epitaph could be, “He read too much.” 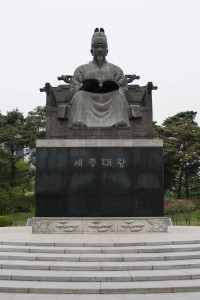 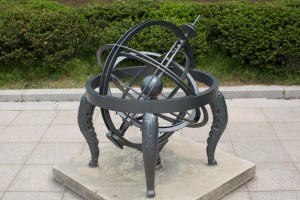 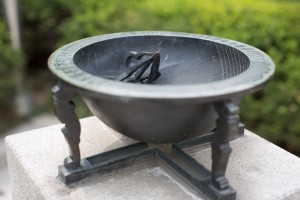 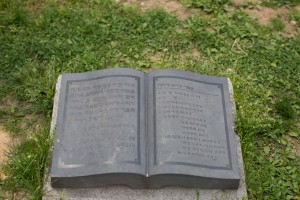 Further along the bike path, we found a really nice small park with a bridge spanning a small pond with waterfall.  I thought this would be a great place to finally get to use the variable ND filters I bought.  I have filters for both my Canon 24-105 f4L IS, and Canon 50mm f1.2 L lens.  These pictures were taken with the 50mm f1.2L, the first picture without the ND filter with an exposure of 1/80 of a second at f2.5 ISO 100.  The next photo was taken with an 11 second exposure at ISO 100 and F10 with the ND filter.  I am not sure but I think I had the ND filter fully stopped down.  As you can see with a small addition to your gear bag, you can take create some really cool effects with longer exposures in broad daylight!

Mi Jung in the park. 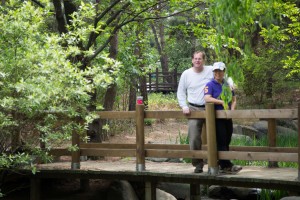 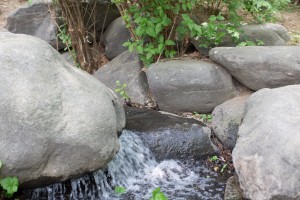 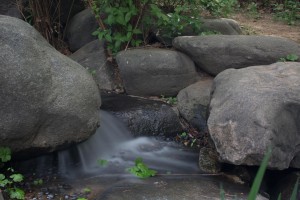 Riding down towards the Han river, in front of the 63 building, we came upon the “Duck Boats”,  if you have ever seen the music video to Psy’s world famous Gangnam Style,  keep your eyes peeled for the Yeouido Duck Boats.  Since it has been 2 years since I have been able to drive any type of a boat.  Mi Jung and I donned life jackets and took to the high seas.. J  There are two types of Duck Boats you can rent.  Manually pedaled boats, or ones powered by small electric motors. Here is Mi Jung and I on a Swan Boat. I did manage to get a really great photo of the 63 building from the Han River.. 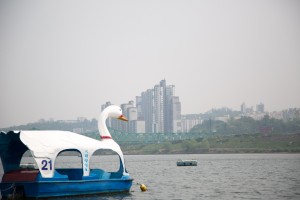 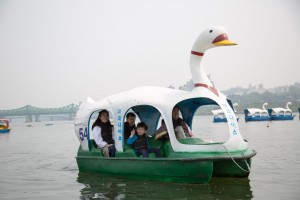 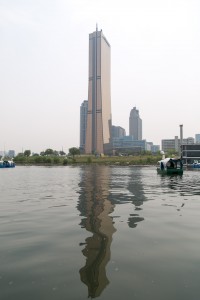 63 Building from the Han River

After the swan boats it was time to head back, turn in the bicycles and go home.  If you are looking for a great day outing in Seoul I highly recommend renting a bicycle and biking around Yeouido Island then head on down towards the Han River.  The is a good Spring / fall outing, when the weather isn’t too hot nor too cold as Korea tends to be in the middle of summer and winter.

How to Get to Yeouido Park:  The closest station is Yeouinaru Station on Subway line 5, Exit 2 or 3, or you can use Yeouido Station also on line 5, use Exit #3